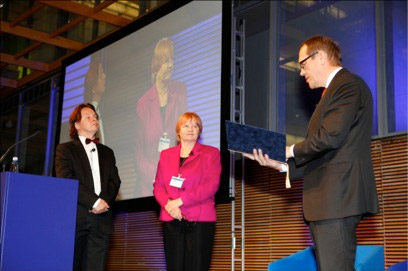 This year’s winner of the Nokia Foundation Award is Professor Riitta Hari due to her scientific contributions to the brain research field. Professor Hari has pioneered the use of MEG to record the spatiotemporal pattern of brain activity, thereby providing fundamental insights into auditory, somatosensory, visual, and pain processing as well as motor control in healthy subjects and patient groups. Professor Hari also has demonstrated the existence of a “mirror-neuron system” in the human brain, as well as abnormalities in this system in autistic subjects as examples of Hari’s contributions. Riitta Hari’s exemplary career and devotion to scientific research has made her a positive role model for many young scientists.